Yay for Recess: Pediatricians Say It’s as Important as Math or Reading

Posted by Molanda Company in Blog on January 15, 2013 0 comments

Playtime can be as important as class time for helping students perform their best.

Recess is most children’s favorite period, and parents and teachers should encourage that trend, according to the American Academy of Pediatrics (AAP). Recess can be a critical time for development and social interaction, and in a new policy statement published in the journal Pediatrics, pediatricians from the AAP support the importance of having a scheduled break in the school day. “Children need to have downtime between complex cognitive challenges,” says Dr. Robert Murray, a pediatrician and professor of human nutrition at the Ohio State University who is a co-author of the statement. “They tend to be less able to process information the longer they are held to a task. It’s not enough to just switch from math to English. You actually have to take a break.”

The AAP committee that developed the statement began its research in 2007, expecting to discover that recess is important as a physical outlet for children. What they found, however, was that playtime’s benefits extend beyond the physical. “We came to the realization that it really affects social, emotional and cognitive development in a much deeper way than we’d expected,” she says. “It helps children practice conflict resolution if we allow them unstructured play, and it lets them come back to class more ready to learn and less fidgety.”

The policy could be a lifeline for the dwindling role recess plays in the school day as districts trim budgets and hours of instruction, and squeeze more academic subjects into existing or even fewer school days, often sacrificing recess in the process. A year ago, a national survey found that just six states — Alabama, Georgia, Mississippi, North Carolina, Illinois and Iowa — adhere to standards from the National Association for Sports and Physical Education that schoolchildren participate in 150 minutes a week of physical education. And just three states — Delaware, Virginia and Nebraska — have 20 minutes of mandatory elementary-school recess a day, according to research published in the Archives of Pediatrics & Adolescent Medicine.

Since the 1990s, 73% of elementary school students through sixth grade have some form of daily recess, though it can vary widely between districts and even from school to school. That inconsistency could have serious implications for children’s health, says Catherine Ramstetter, Murray’s co-author and a health educator at Cincinnati’s Christ College of Nursing and Health Sciences. As recess started to disappear, for example, researchers noticed a spike in childhood-obesity rates.

A school volunteer, Ramstetter has personally encountered the challenges of maintaining regular recess. The inner-city Catholic school in Cincinnati where she offers her services has no playground. Recess takes place irregularly in the school gym or at a local park, and only for students through fourth grade. And teachers often withhold recess as punishment.

She and her fellow committee members say that could be a mistake. Banning unruly kids from recess can backfire since these students are precisely those who may potentially benefit the most from the break that recess represents.

It’s also important to distinguish recess from physical education, says Ramstetter. While gym class offers kids a chance to stretch their legs and get their heart rate up, it is still considered instructional time, with very different goals from those of the unstructured downtime of recess. Likewise, it’s important to let kids play what they want — that means playground monitors shouldn’t organize kids to play kickball or soccer. “When it’s structured, it’s not a break in the day,” she says.

The new statement is not meant to be a recipe for rescuing recess; it does not specify how long recess should last, but calls for more studies to determine the optimal length of breaks in the school day. But the authors do advise that recess should be a protected time, a sacrosanct period of free play that is no less important than the hours devoted to math or reading.

That understanding reflects a growing body of research documenting the power of some time off for improving concentration and even creativity. “Everyone, not just kids, benefits from regular breaks in the day,” says Murray. Adults rarely sit down and spend two or three hours focusing on a single task. “We get up, we get coffee, we mix and match our tasks during the day so our concentration can stay sharp,” says Murray. “With kids, we have to schedule these breaks.”

Without such intentional periods of play, the AAP committee says, it’s not just children’s waistlines that may suffer, but their ability to pay attention, and ultimately their academic performance as well. 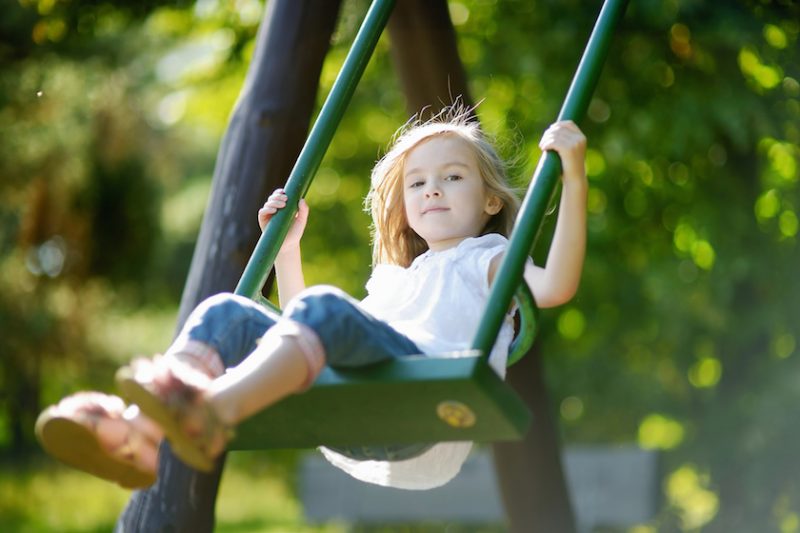 Read More..
The Language of Play